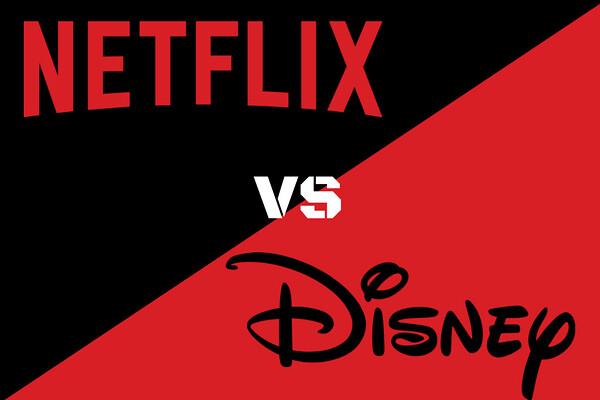 The Match Up
Netflix originally started in 2007 and has been highly ranked out of Hulu and Amazon Prime. Many people have been watching Netflix shows that were once aired on Nickelodeon a few years ago, but once Disney Plus came out, everybody wanted to watch the old shows and movies. At first, Disney Plus was off to a rough start and on it’s release day it started to crash and run into multiple errors. After a week, Disney Plus ran smoothly and eventually they became Netflix’s rivals. Netflix has been competing with Disney Plus for weeks, but did they really succeeded? Disney has been making heart-warming movies for over 70 years, and now there’s an entire streaming network that’s a Disney’s lovers dream come true.

New Rivals
Although Disney Plus offers a wide variety of their classic shows and movies, Netflix allows viewers to watch thousands of shows and movies from different channels, as well as their own original shows and movies, Netflix has over 140 million subscribers for their company. Ever since Disney Plus was introduced, Disney movies have been pulled from Netflix and other streaming services. With that being said, Disney would make over 300 million dollars to let Netflix use their movies. With the loss of that, they would have to be making a lot of money with their new forecasts to recover from the loss of a huge profit. Ever since Disney released their new streaming service, Netflix has been trying to release more movies and shows to have people drawn back in. Right now it has been an overall  draw between the two network forecasts. Critics have said that Disney Plus has become “boring” to some viewers and they’ve found themselves binge-watching Netflix again. Others have claimed, “it is good to have the old movies back to make me feel like I’m reliving my childhood.” There were always be positive and negative things to say about each company’s network, but right now they’re claimed to be “rivals” to see who will end up on top.