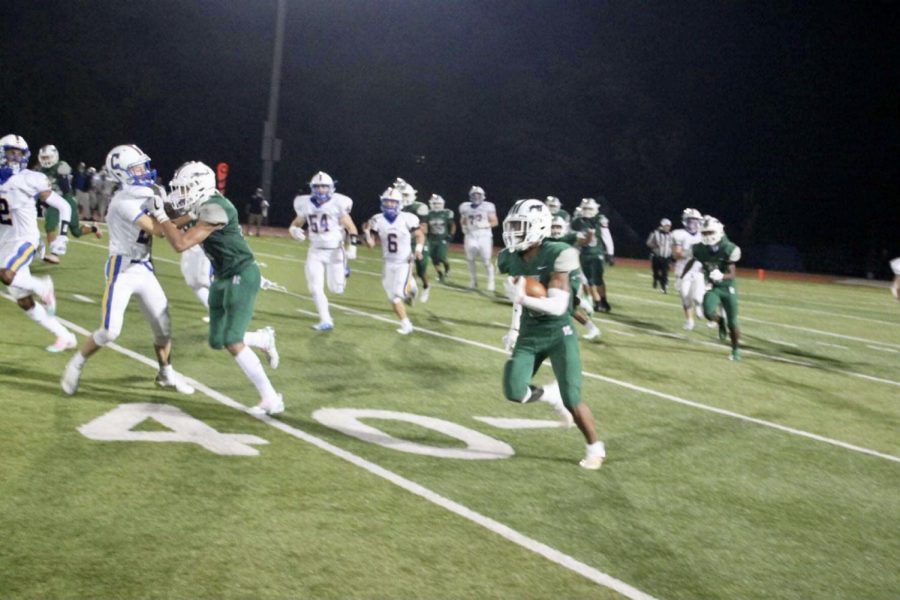 On the windy evening of Oct. 2, the John F. Kennedy Mustangs had their first football game at their home field against the Cranford Cougars at 7 p.m.  Since it was also Senior Night, the athletes and their family members arrived at 5 p.m. in order to escort and support their loved ones. Due to the recent pandemic, COVID-19, Friday night lights worked a little differently compared to previous years.

The week leading up to the game, each football player, cheerleader and band member received two admission tickets to be given out to fans. In order to ensure everyone’s safety, it was mandatory for fans to have a ticket at the gate to enter, and have a mask on for the entire game. Moreover, social distancing was enforced on the bleachers, which were marked off by tape in order to separate groups. Unlike games in the past, the concession stand was also closed for safety reasons.

The night started off with all the senior athletes and parents lining up in the middle of the football field. Each senior athlete’s name and their future goal was announced on the loudspeaker as they walked up the field. The cheerleaders lined up around them, shaking their poms for every athlete. Later, family members stayed on the field to take pictures before the game began.