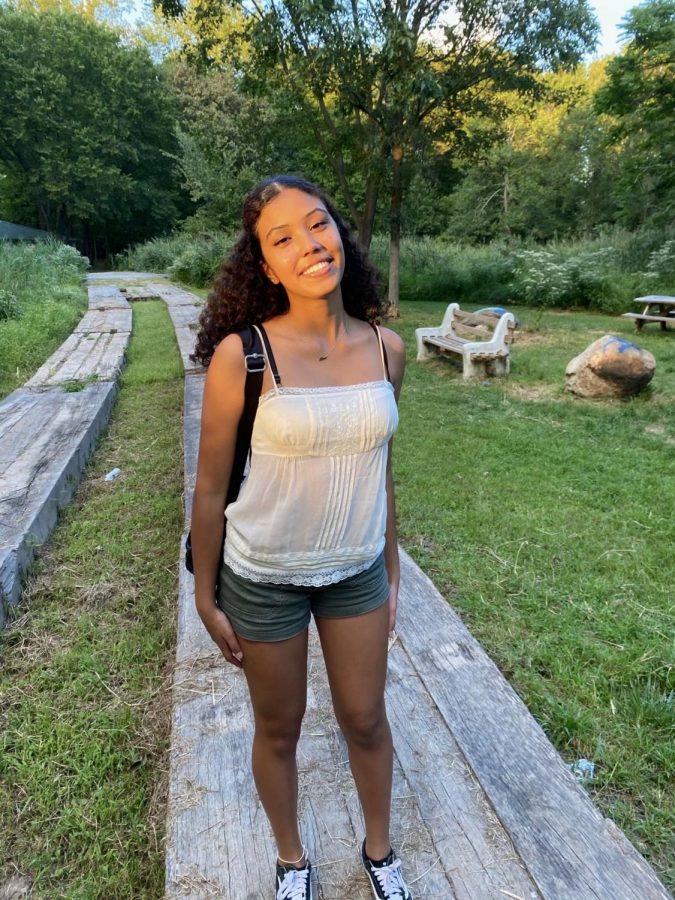 Although Class of 2021 has had to undergo multiple roadblocks to get to their senior year, graduation day is right around the corner and each student has experienced many memories and achievements to carry on with them for their future time spent outside of high school walls. Senior Ana Rodriquez gives her take on how high school helped build her character and the memories she has made, leading her for hopeful choices in the future.

While in high school, what is something you’ve gained a strong passion for?

Ana Rodriguez: Ever since I took AP Gov and History 3, I realized I was interested in Anthropology because before that I really didn’t know what I wanted to do. With the AP classes I took, I feel like I was able to find  what what I was passionate about and actually enjoyed.

What was the most memorable experience you’ve had at JFK?

Probably just making friends I know I will carry with me to college. For the school itself, I just loved some of the teachers like Mrs. Prusicki.

What’s your perspective on having to go through Distance-Learning again this year?

Of course it isn’t what I wanted since we can’t have prom and couldn’t have cotillion last year, but at the same time, I don’t really mind because I don’t have to take the bus in the morning and it’s better to not be in school with everything going on. So of course it would have been better, but I’m not going to complain about it.

How do you feel now compared to how you felt as a freshman?

I feel like I was really scared going into high school because everything was so new to me and I was stressed out about everything. I definitely feel more secure and confident too compared to freshman year, because I was trying too hard with school and socially, to be honest and I was worried I wasn’t gonna get anywhere when it’s [life] really not that serious. Now I know high school isn’t gonna change my entire life dramatically.

If you can say anything to your freshman self right now as well as any underclassmen what would you say?

I honestly would just say not to stress yourself out too much. There may be a lot of pressure, but don’t take it so hard on yourself. You still have a lot of time to figure out what you wanna do after high school, even if people ask you a lot of questions about it.

How would you describe your high school experience in one word?

Probably just “interesting”. I mean there’s so many things you do in high school with classes, clubs, and like, school games, where I feel like it’s just kind of different for every person. You get to find a lot of things out about yourself, at least I did in my four years here.

Ana Rodriquez as of now, plans to major in Anthropology in college for the next fall semester. She’s still open to other majors so she doesn’t limit other future options. She’s really excited to take this step in her life because she loves experiencing new things even when they seem nerve-racking. Although she’s nervous to be away from home, she says she knows she will get used to it, and she’s more just looking forward to learning topics she’s actually interested in. She just recently finished up her college applications and will find out soon where she will be headed.

EVERYONE AT THE TORCH WISHES ANA GOOD LUCK NEXT YEAR!