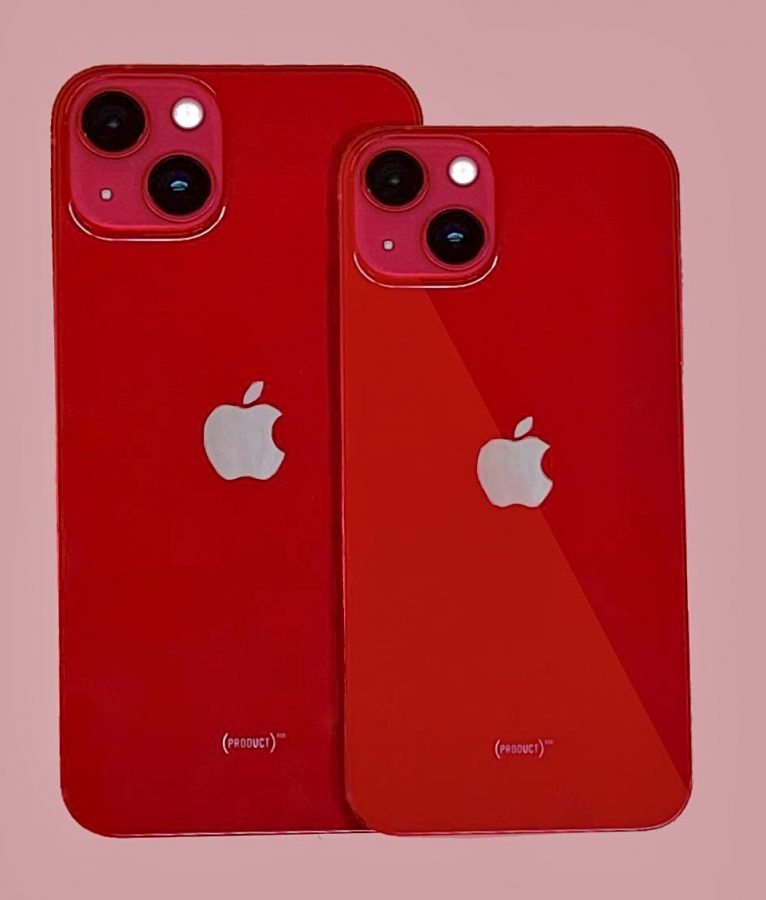 Featured above is a quick look at the new iPhone 13. IPhone 13 (left) and iPhone mini (right).

On Sept. 24, 2021, Apple released the new and highly anticipated iPhone 13 after teasing the trailer back in April. The iPhone 13 comes with a new color: pink; and three other versions of the phone: the Pro, the Pro Max and the Mini.

The iPhone 13 features a new cinematic mode, which allows users to easily shift focus between different objects and people before and after shooting. Additionally, Apple has upgraded its GPU chips, moving up from the A14 in the iPhone 12 to the A15 in the latest iPhone. This chip provides a 55 percent increase in overall graphic performances from the previous iPhone. Also, Apple has updated its Super Retina XDR display, making it 28 percent brighter.

Despite its many new upgrades and features, customers feel as though there’s not much of a difference between the iPhone 13 and Apple’s previous releases. As a result, customers don’t feel compelled to purchase the new iPhone.